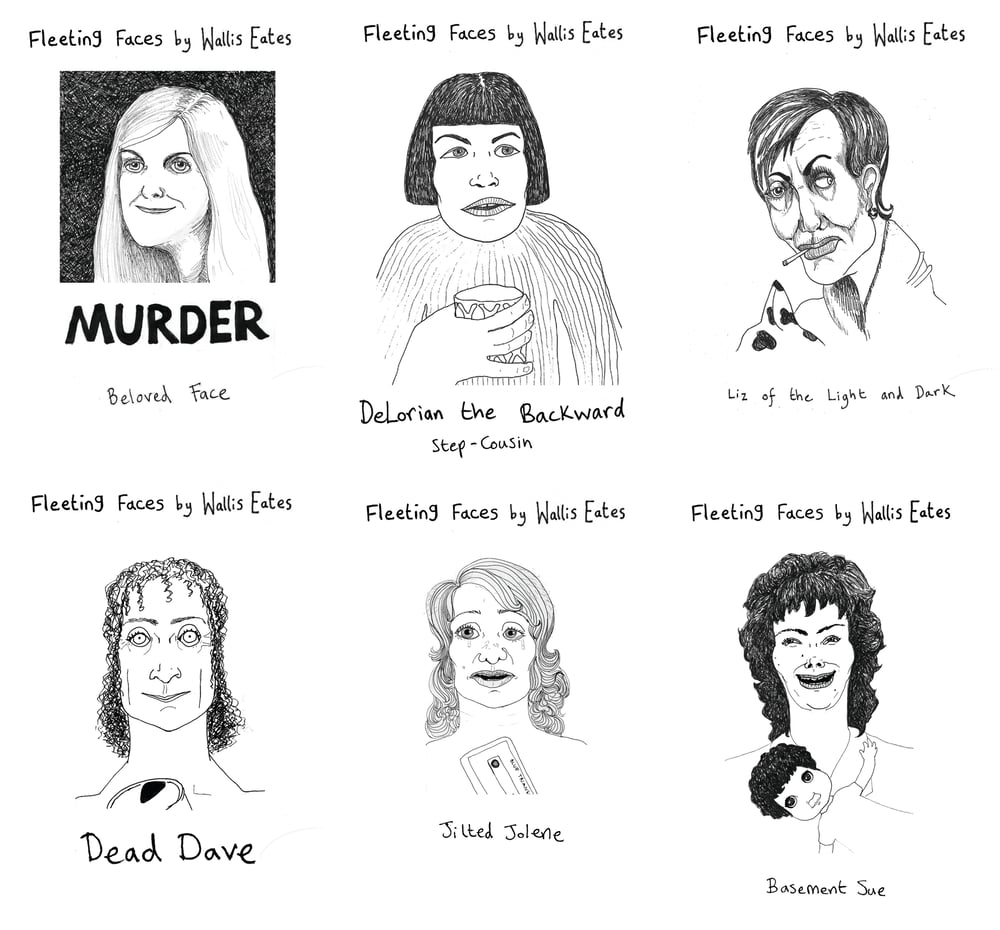 Sometimes it's the people we only catch glimpses of that impact us the most; or perhaps we met them at a time when we were still so impressionable that their existences somehow formed who we became.

This set of six zines are about the people who came and left my life, and left an impression so strong that I've had to externalise their hauntings of my mind. Not for the faint-hearted.

"...Eates’s remarkable and inventive command of language is never ostentatious or staged but, in its oh-so deceptive simplicity, gives an an extra sense of raw humanity and honesty to its subject matter, complemented by her hand-written lettering and stark visuals...."